WHAT’S THE RAVE ABOUT ALUMINIUM FREE? 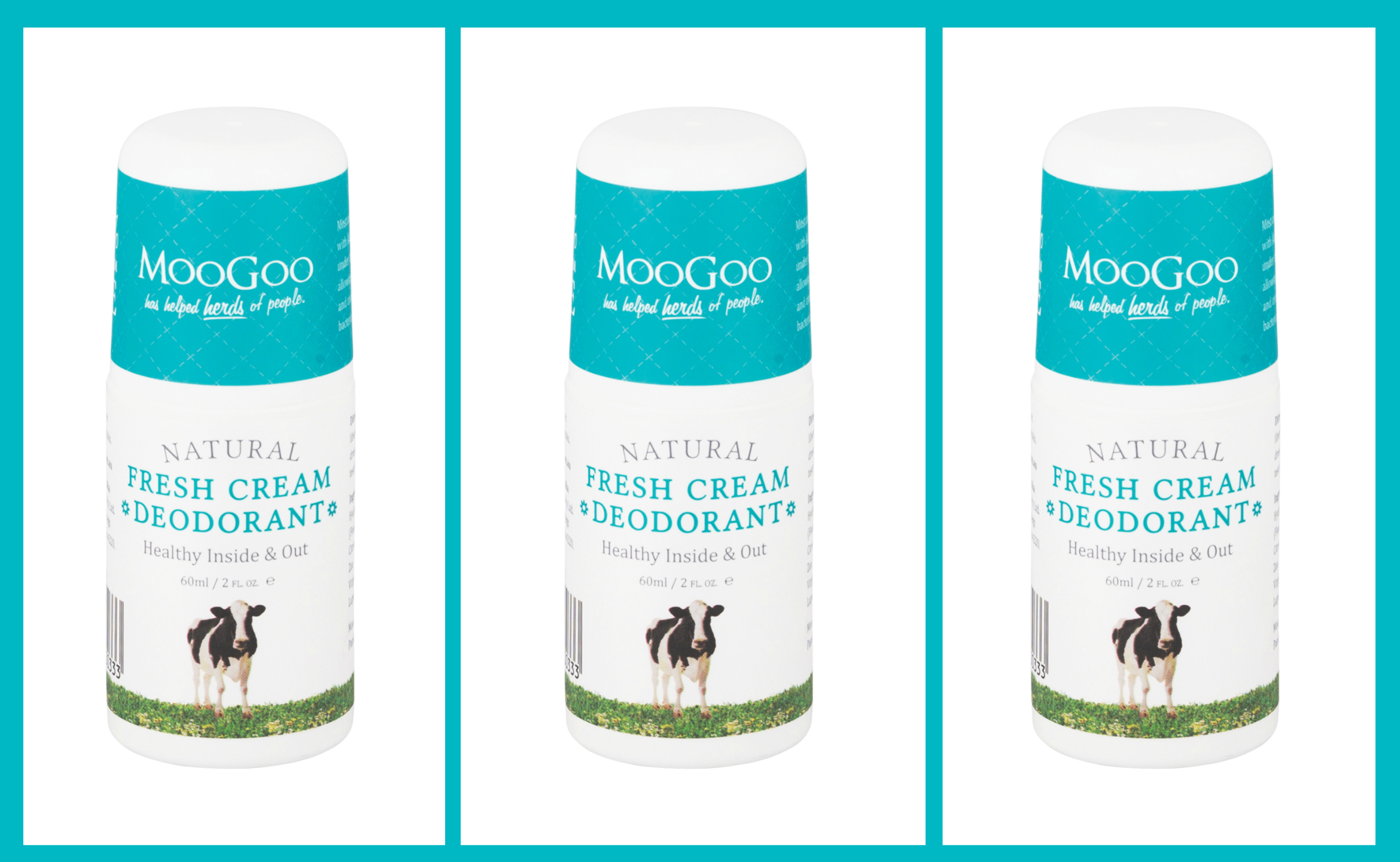 MooGoo Skincare’s Fresh Cream Deodorant is not only 100% natural but it’s aluminium free too (and entirely edible… seriously, entirely)

Put simply, how does aluminium in deodorant work?

“Aluminium compounds found in anti-antiperspirants not only reduce wetness by blocking your underarm sweat ducts, but they also minimise body odour by inhibiting the bacteria that feed on your sweat and cause it” Randy Schueller, a cosmetic chemist and cofounder of The Beauty Brains, tells Teen Vogue

MooGoo, a natural skincare brand that originated in Australia, have developed a unique deodorant formula bottled in a 60ml roll-on that gives you the peace of mind that doing something healthy for your body brings! Formulated with edible ingredients like Milk of Magnesia and Zea Mays Seed Flour and it even uses Hops Extract (the same stuff found in beer) as a unique natural preservative.

The slightly alkaline formula in the Fresh Cream deodorant creates an environment that prevents odour forming bacteria that allows you to perspire without crystals or over powering essential oils that just mask, but don’t prevent odour.  Lemon Myrtle leaf oil prevents bacteria from multiplying on the skin and Corn Starch helps the deodorant to stick to the surface of the skin so the formula can do its magic!

It takes just two weeks to allow your body to become aluminium free and during this detoxification time the deodorant needs to be applied a few times a day. Once this period is complete the deodorant can be used less and less, even on hot days!

“For the first couple of weeks, many people found that they sometimes needed to re-apply the deodorant on hot days. However, after a little while, people have found they can perspire without almost no odour and the deodorant can be very sparingly applied.

It may be that years of blocked sweat ducts through anti-perspirant use causes extra odour as the ducts are being allowed to function again. It makes you wonder what is going on when sweat ducts on the outside of the breast are being blocked by aluminium for a long periods of time. So we have formulated a product with edible ingredients including  a unique preservative from hops.

We don’t advocate drinking it, it’s much more effective when applied to your underarms, but our philosophy is to use the most edible ingredients when formulating our products.”